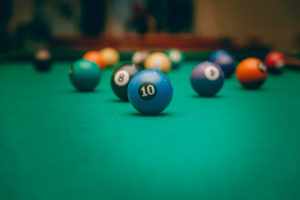 Ask any operator about their experience with commercial public data providers and they’ll roll their eyes, shake their head, and grimace – almost like remembering how they got hustled in a pool hall as a teenager.

It’s easy to understand why. Over the years single operators have paid public data providers (PDPs) millions of dollars to access public data—which, to add insult to injury, includes literally paying for their own data.

To many operators, it feels like a hustle. In truth, it has shades of a hustle only Fast Eddie, Vincent, Carmen and the famed Balabushka could pull off in the movie The Color of Money. Call it “The Color of Data.”

But the advent of data exchanges and free data sources, coupled with innovations like big data analytics, pay-only-for-what-you-use data platforms, and inexpensive cloud storage, are causing those same operators to ask, can’t someone come up with a better way to access and use public data, and cut out the middleman?

My sense is that now is the time for operators—perhaps acting collectively as an industry—to take back control of public data. There’s ample evidence of public data sharing in other industries such as manufacturing. Why not oil and gas?

But before we get to the how, it’s instructive to remember how we got to where we find ourselves today regarding the public data hustle. Rack ‘em up!

How It All Began

What we mean by public data is the data operators provide to state, federal, and Native American agencies. While we report a variety of information for a variety of purposes, the primary motivation is so these agencies can collect fees and taxes.

Later in the reporting process, operators calculate their own fees and taxes and send the agencies a check. The agencies use previous data submissions to determine whether the correct monies are sent in.

The key point is that the operators provide their operational data to these agencies. For example, leases, lat/long, drilling, completions, production, etc. Now, multiply that by the number of operators across multiple plays in the lower 48. Soon after, state agencies began to make large public datasets to all operators.

It didn’t take too long before someone recognized the business potential of that information when aggregated and made available. The public data industry was born. And so the hustle begins.

The Rise of PDPs

At their outset, PDPs offered a solution for operators in multi-state plays to get agency data. Operators were more than willing to pay—and pay a lot—to make better geoscience and production decisions. Savvy operators could use the data to avoid dry holes, or ask why another operator was generating 2X the production on a well that was 1500 feet away from their well.

The early 2000s were the heyday for PDPs. A single operator might pay millions of dollars to leverage this data. This trend continues to this day.

And if you have any question on the money in this game, just this year a leading PDP purchased another for cool $1 billion. The acquired company had been purchased for about $120 million only five years before. And the plot thickens, with high stakes and chalked cue sticks.

In the last 10 years, as technology advanced and with state agencies lagging in adoption of it, PDPs began to incorporate G&G data and analytical tools—and to charge operators even more. What’s more, the leading providers also integrated public data into their own data evaluation tools. PDP data quickly went viral within the operator’s analytical systems, making it very hard for them to track how it is used and where it is stored.

To snooker operators, contractual agreements and purge clauses require complete destruction of all data to avoid renewals. Satisfying that requirement is like making a behind-the-back masse down the rail shot. Slim and none, and Slim just left town.

The result: PDPs now have a virtual death grip on operators using their services. Imagine paying seven figures to access public data (including your own) and deciding that it costs more to exit the contract than it does to renew. Many operators have had to swallow and make that between-a-rock-and-a-hard-place call. As a consequence, their regard for PDPs is, let’s just say, not so high. Why? No one likes to be hustled, especially when the outcome is always “heads I win, tails you lose” for PDPs.

The Opportunity for Change

There are indications that PDPs may be losing their leverage. For one, state agencies, once slow to adoption, are beginning to make use of technology advances. The Texas RRC has launched an online research query tool. The Open Group’s Open Subsurface Data Universe Forum (of which Stonebridge is a part) is developing an open source data platform for oil and gas—which likely will spur innovation among solution providers to create G&G apps at lower, though still profitable, price points.

For another, the operators are becoming more “pure play” focused, operating in one play or only in a few states. This has given rise to companies like Oseberg that provide cheap public data for a few states.

Lastly, but maybe most importantly, the advent of the cloud and software as a service (SaaS) solutions are lowering the costs for IT infrastructure and support. For example, innovations like Snowflake’s cloud data platform offer myriad opportunities for data exchanges and data sharing—to include open access to oil and gas public data.

Disruption on the Horizon

Given the sustained pressure on operators to find ways to reduce costs, there is a new appetite for change when it comes to PDPs. I speak with IT executives in oil and gas on a daily basis, and the recurring question is, why am I still paying for public data?

One thing seems certain: Public data access as we know it is going to change. The balance of power is shifting, and the days of the public data hustle are coming to an end. Like Fast Eddie Felson at the end of “The Color of Money,” maybe it is time for operators to throw the cue on the table, stop playing the public data game, and look for a better way—because there has to be a better way than the “Color of Data” hustle.

Adam Hutchinson is President and Managing Partner of Stonebridge Consulting.